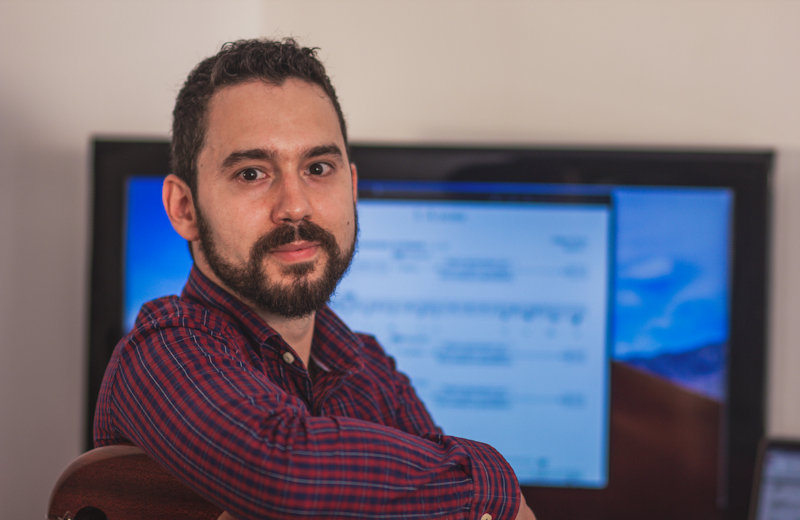 Miguel Diniz began his musical studies at the age of four with private piano lessons, starting his formal studies two years later at Juventude Musical Portuguesa. At the age of ten he became a student at Instituto Gregoriano de Lisboa, where he continued his piano studies with Teresa de Lancastre and Martin Gerhardt. During his development in this instrument he participated in several masterclasses, with mentors such as Prof. Liudmilla Roschina and Dr. Eldar Nebolsin among others, completing his piano graduation in 2008 at Instituto Piaget, where he studied with Drs. Filipe Pinto-Ribeiro and Rosa Maria Barrantes. Following his interest in composition, he completed a second graduation in this subject three years later at Universidade de Évora, learning from Prof. Christopher Bochmann and Dr. Pedro Amaral.

Alongside his academic studies Diniz participated in several choral conducting masterclasses, learning from masters such as Drs. Stephen Coker, Cara Tasher, Eugene Rogers, Paul Caldwell, Paulo Lourenço and Gonçalo Lourenço. Awarded with an Outstanding Achievement Prize, he finished his master’s studies in composition with distinction at Royal Holloway, University of London in 2018, where he worked with Drs. John Traill, Nina Whiteman and Samantha Fernando (composition) and Dr. Rupert Gough (choral conducting). Currently he is developing a PhD research in composition at the same institution, under the supervision of Drs. Nina Whiteman and Dick McCaw.